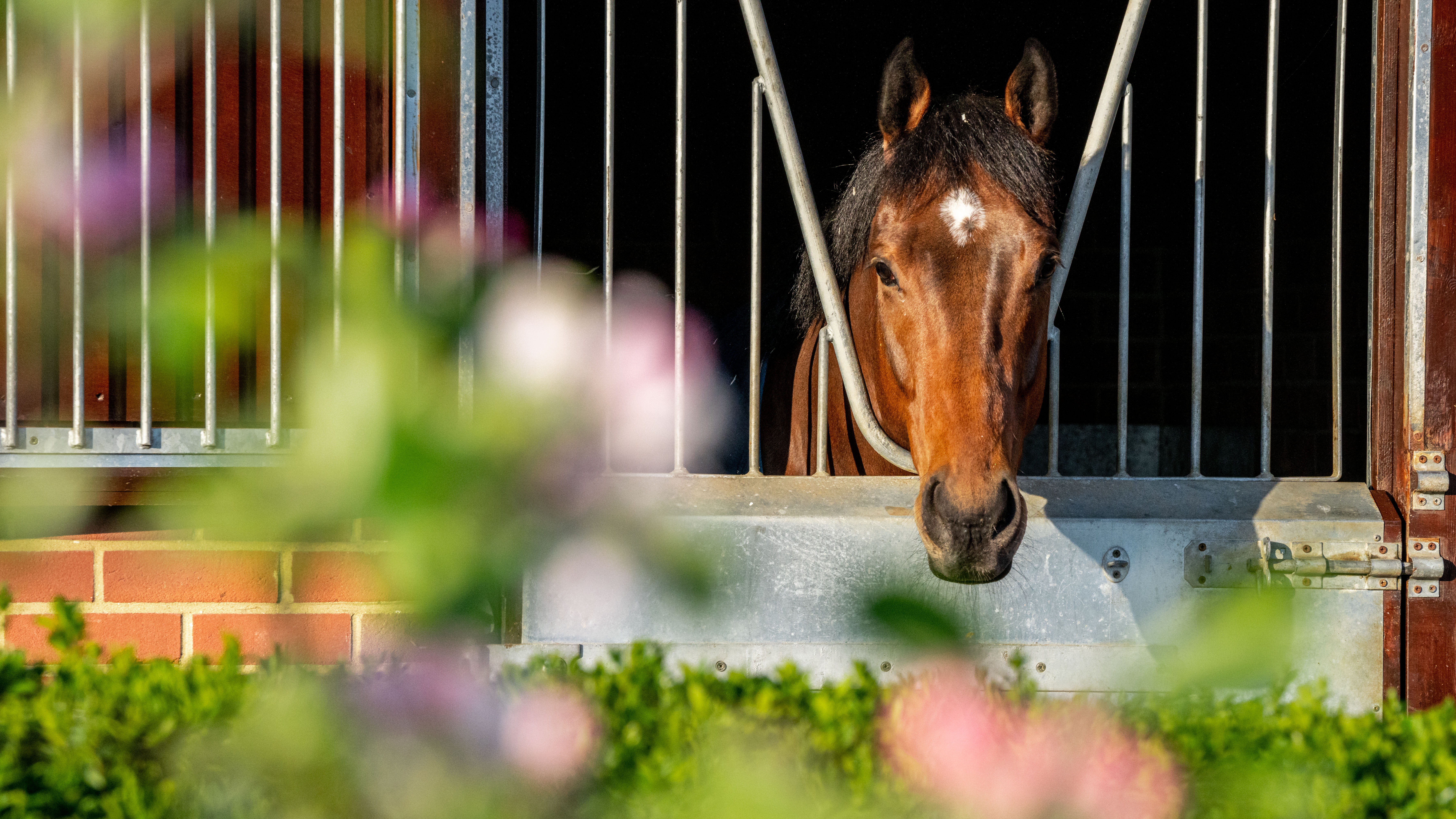 "As an enthusiastic assistant trainer to
Sir Michael Stoute, I walked through the gates of a Newmarket yard whose lease had just become available, I was struck by the coup de foudre of Pegasus Stables. On securing a seven year tenure, Jacko and I moved in later that year and, fortunately I managed to buy the yard in 1993" 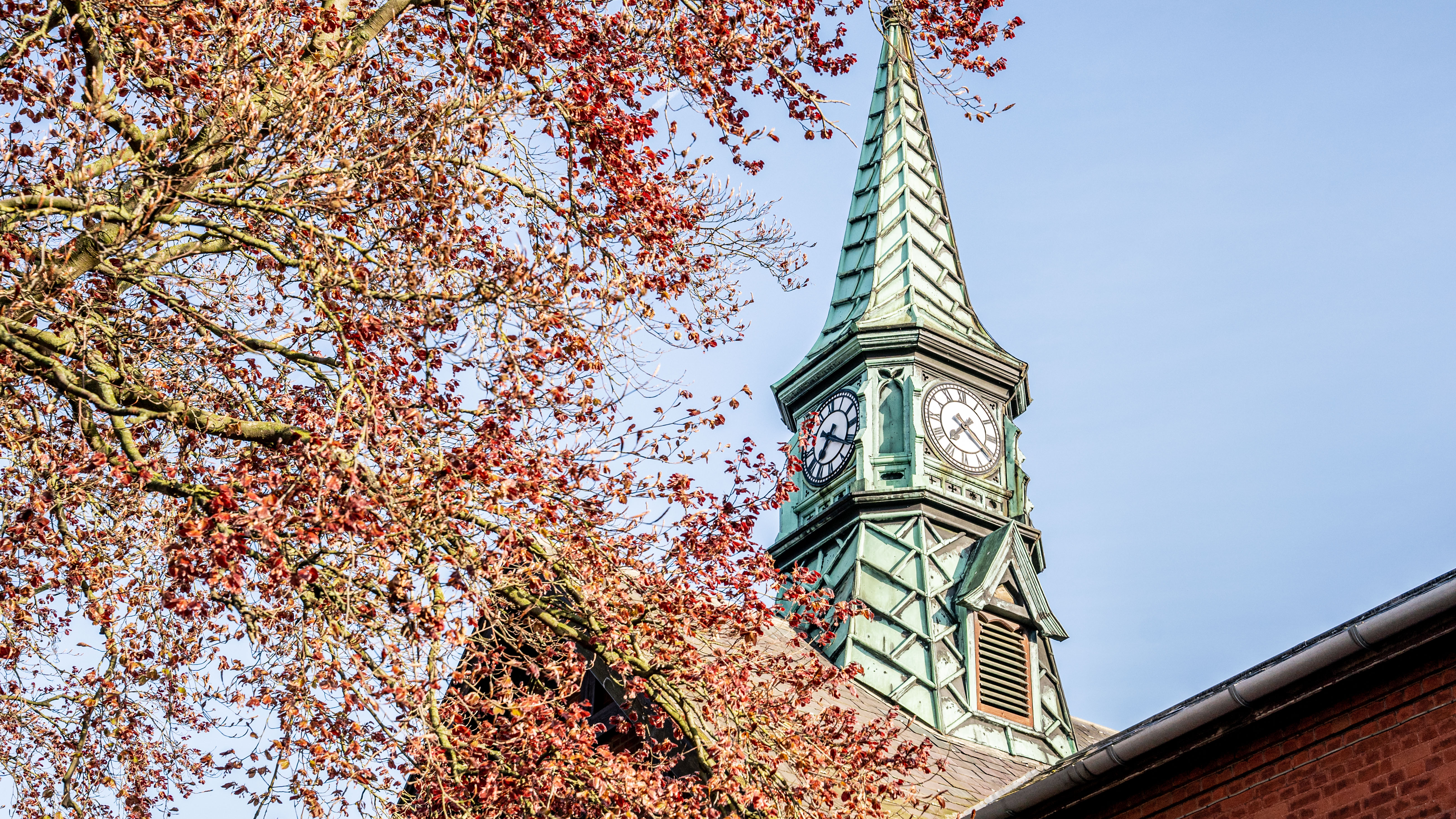 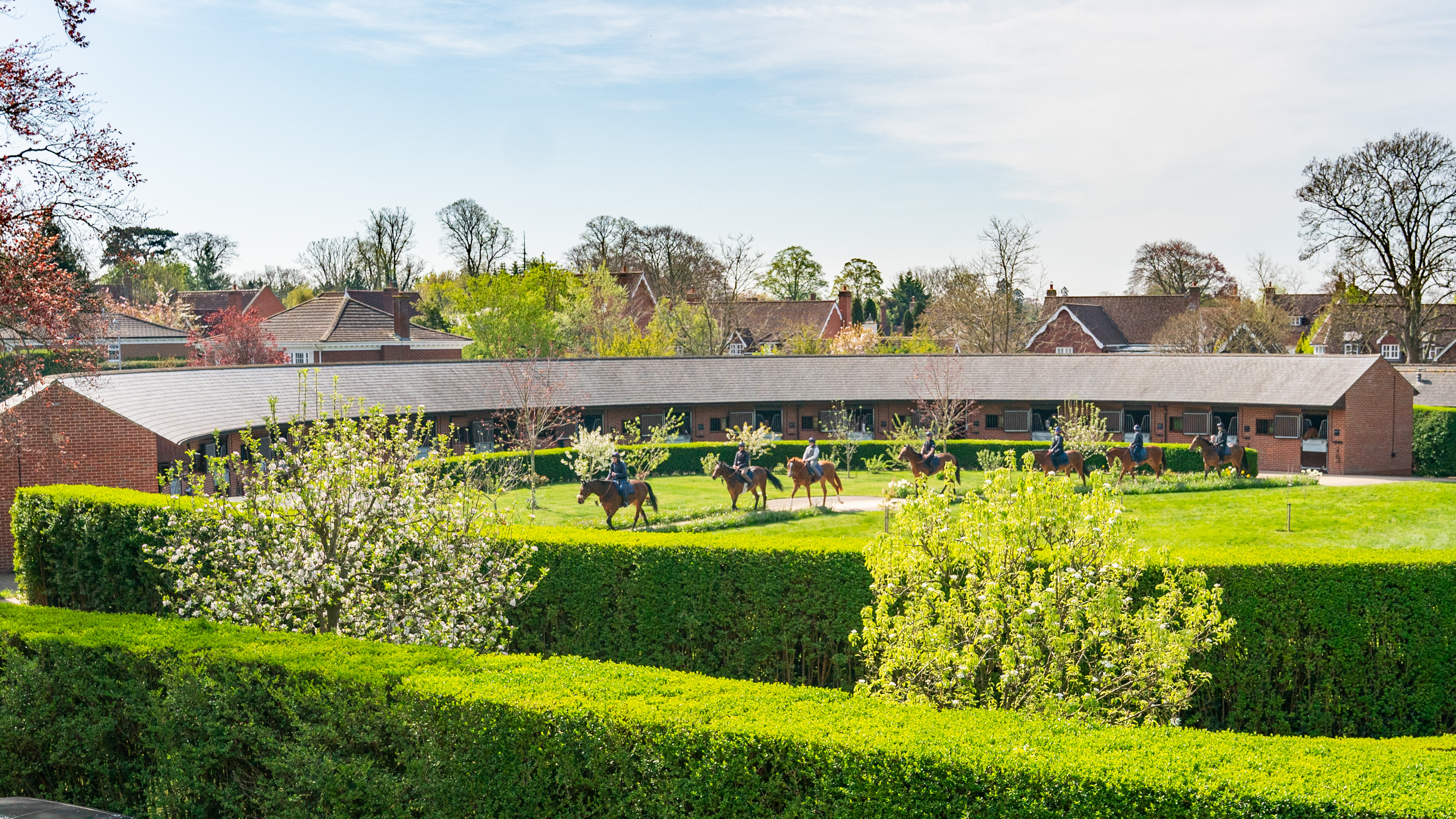 Built in 1884 by champion jockey Fred Archer it would be structurally and financially impossible to improve on the main stable block’s original design. After a long period of being leased out, the yard had become rather tired and in need of some tender loving care and plenty of investment. My aim has always been to gradually restore the property to its former glory so that Fred Archer, should he ever call, would still be proud of his creation (they say his ghost is still around though I have not seen it since I gave up drinking!). Another ambition is to have all the boxes filled with horses good enough for the great man to ride, should he ever make a comeback.

Over the past three decades, thanks to the efforts of my staff, my owners, their fast horses and Barclays Bank, not to mention my late Grandmother who financed the renovation of the central clock tower, we have restored much of Fred’s original stable block as well as a complete refurbishment of The Fillies Yard. We have renewed much of the interior of the old yards and the stables are now well ventilated. In 2014 we completed a new seventeen box yard named The Falmouth Yard which is what Fred Archer originally named the stables. It was renamed Pegasus Stables in the 1960's.

The west side of the yard is bordered by a five acre paddock which we have fenced into one large and nine small turn out paddocks. After exercise, the horses each have a good pick of grass and many are tuned out for a few hours a day.

I hope the website gives you a feel for and an insight into the way Pegasus Stables is run, those who run it and the success it has produced. Jacko, Tom and I are lucky to be here, I only wish that Fred was too! 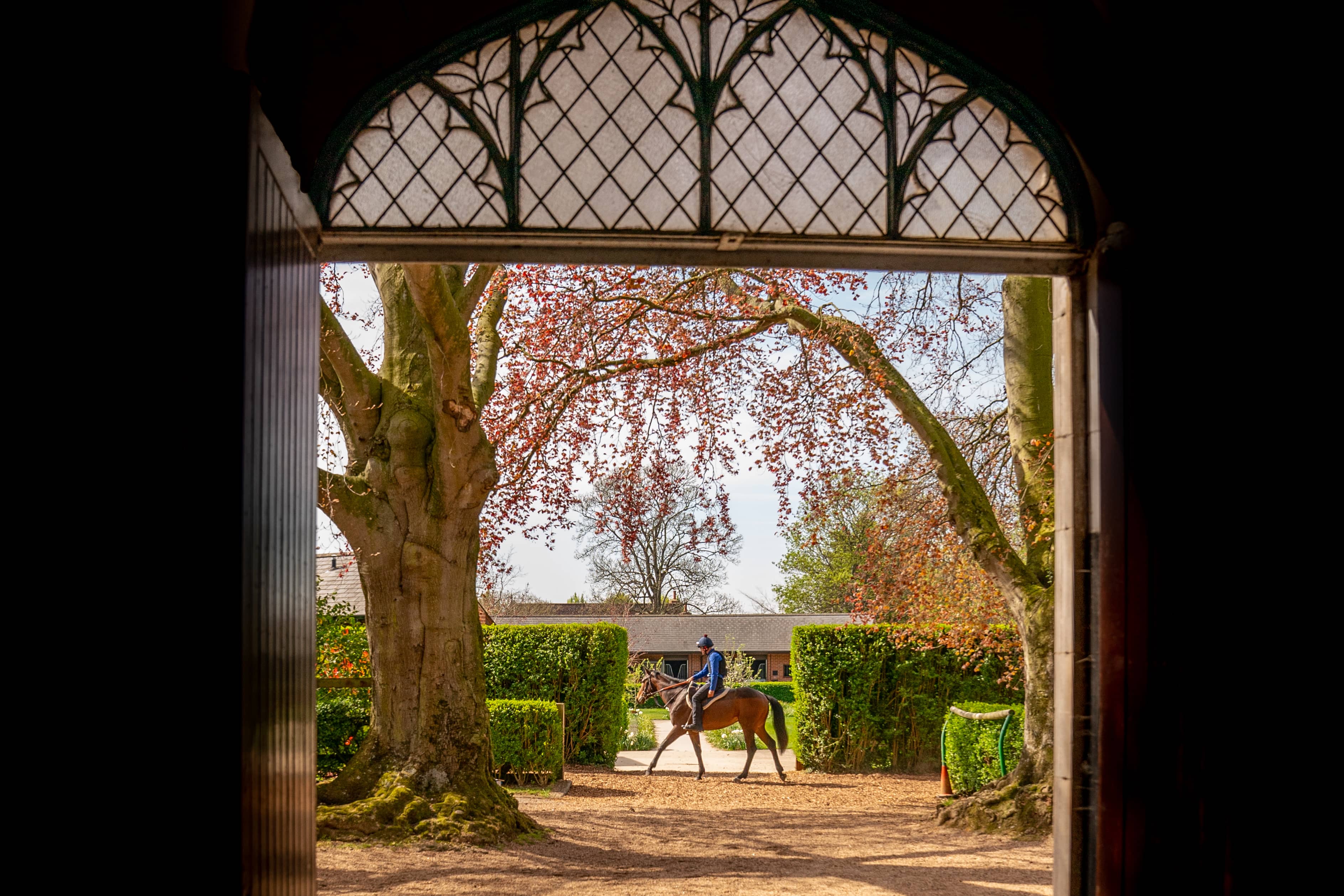 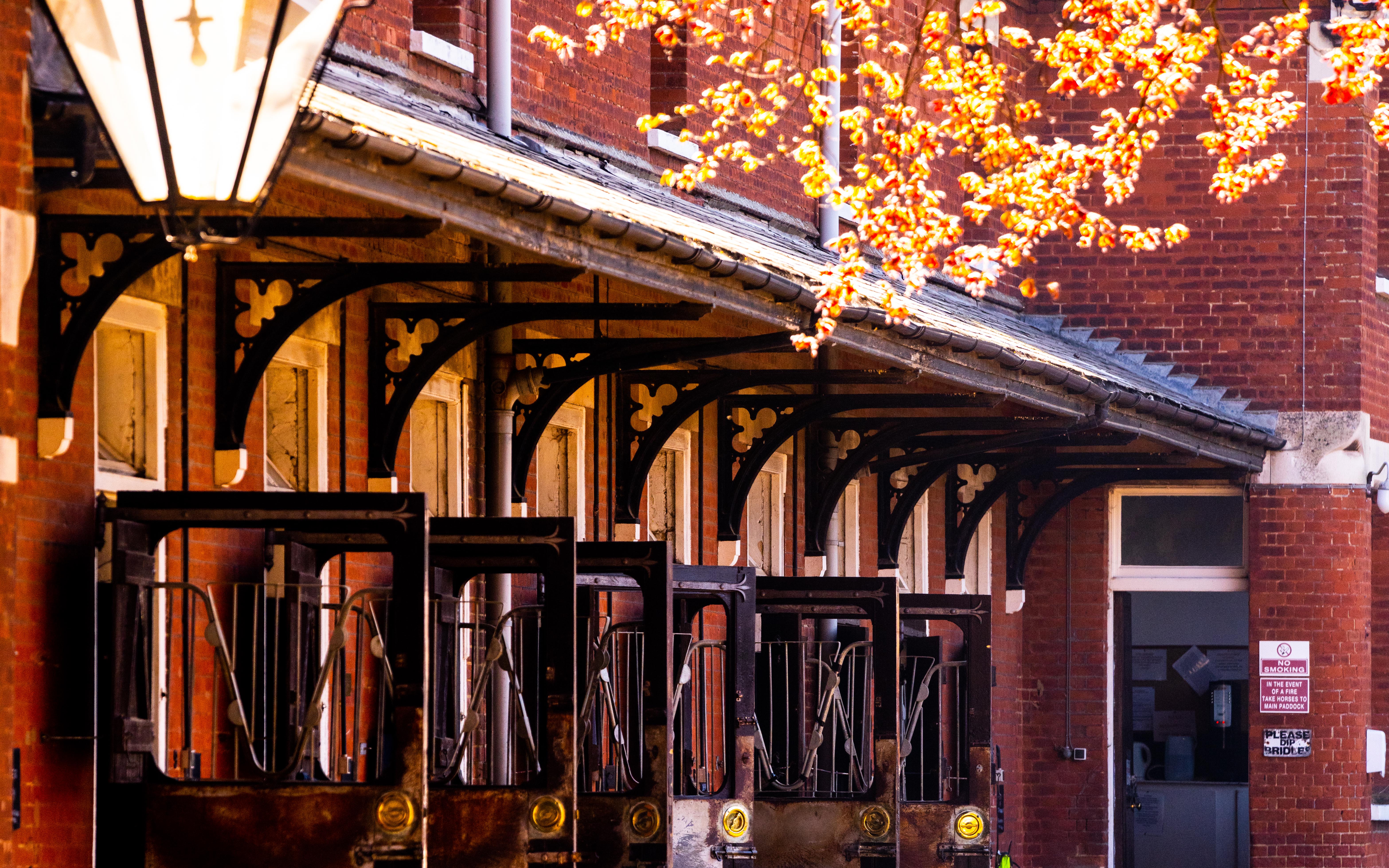 where the magic happens

James Fanshawe feels he is very lucky to be training from such a beautiful yard as Pegasus Stables.

Each morning the horses collect on an attractive privet enclosed wood chip ride. James watches the horses to make sure that they are sound before embarking for The Heath.

Built at the end of the nineteenth century the boxes have great ventilation, which is something that James feels is very important. The original White Yard, which not up to the standard of the rest of the yard,  was soon demolished after the Fanshawes moved in. It was re built to the same specifications as the ones built nearly one hundred and twenty years before. In July 2014 the new seventeen box Falmouth Yard was completed. In all there are five yards in varying sizes giving a total of 74 boxes.

We have a horse walker and several turn out paddocks. Everyday from about April onwards the horses have a pick of grass when they come in from exercise for 15 minutes. The horses that have just have run are turned out the day after. A lot of the fillies and geldings get turned out during evening stables if the weather is nice.

The best facility we have is the tranquil environment. Once the horses are back in their box after exercise they relax from the peaceful atmosphere.

Jockey Club Estates own and manage the fifty miles of turf gallops and fourteen miles of artificial canters which we have full access to. Newmarket is renowned the world over for being one of the best places in the world to train horses.

James has always had an excellent relationship with the Newmarket Equine Hospital and especially Dr Simon Waterhouse who has been doing the main veterinary work at Pegasus for over fifteen years. 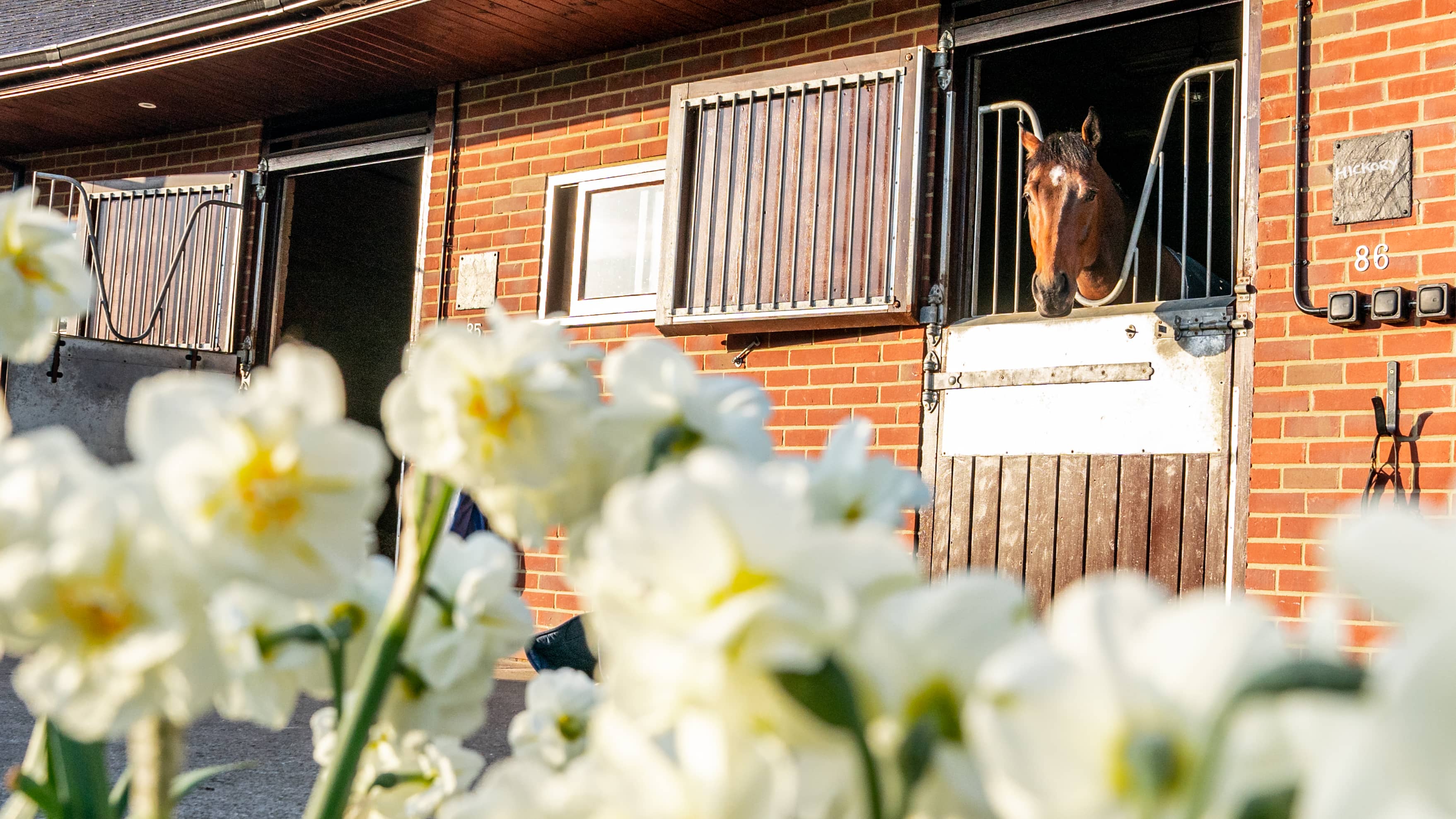 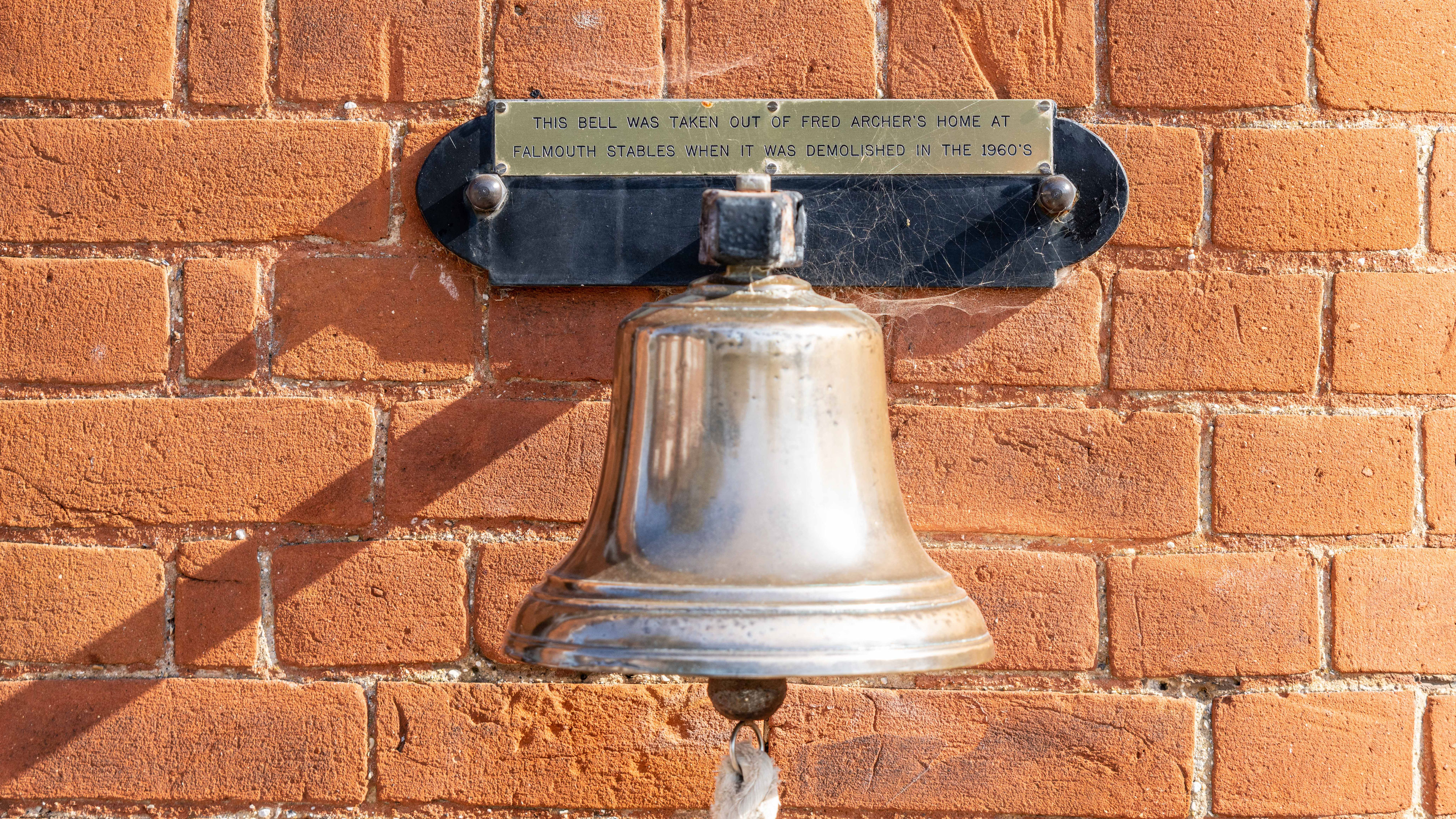 HOW IT ALL STARTED

The History of Pegasus Stables

‍Newmarket’s enduring monument to Fred Archer, greatest and most tragic of all Victorian Jockeys, is Pegasus Stables, formerly known as Falmouth Lodge where James Fanshawe has trained since 1990.

Fred Archer, a rather tall man, whose solemn expression gave him more the appearance of a bank clerk than the most powerful and fearless rider of the day, became engaged to Helen Rose Dawson at the age of 25 in 1882. In preparation for his marriage, he built the mansion to which he gave the name of Falmouth House as a compliment to Viscount Falmouth who held first claim on his services. Next door to his new home he built the then named Falmouth Lodge for the sum of £20,000, a huge amount of money at that time, in which he intended to train when his riding days were finished.

Fate though, decided Archer would never have a string of horses in that yard. By 1886 he was desperately unhappy, despite riding as brilliantly as ever. Not only was he still inconsolable after the death of his young wife in childbirth two years earlier, but in addition to his mental anguish, he was enduring the excruciating physical agony of trying to maintain a racing weight. On 8th November 1886, he shot himself in Falmouth House, which was demolished in the 1960’s, during a fit of delirium. He was just 29, had been champion on 13 consecutive occasions, and ridden five Derby winners. In all, he rode 21 British classic winners.

Although he never trained in the stables he had built, Fred Archer did keep his hacks and carriage horses there. Much his favourite hack was Scotch Pearl, a grey mare who had retired from racing. During the early years of this century, a number of Newmarket people were adamant that they had seen the ghost of Fred Archer, riding across the Heath on his beloved Scotch Pearl, one of the first inmates of Pegasus Stables.

Following the death of Fred Archer, Falmouth Lodge, as it was still called, was the private stables of Sir John Blundell Maple, a Member of Parliament whose fortune came from his furniture emporium in Tottenham Court Road. Sir John Blundell Maple had a quick succession of trainers, as Percy Peck was in charge of the 40 odd horses in 1894 and 1895, John Day in 1896, and then Willie Waugh until the death of the owner in 1903.

The best horse that Sir John Blundell Maple had in the yard was Nun Nicer. In 1898 Willie Waugh was responsible for that filly winning the 1,000 Guineas.

In between the world wars, and for a short time after the second, Falmouth Lodge was the quarters of Gordon Sadler. A member of a famous racing family, Gordon Sadler won no races of outstanding importance, though the stable was consistently successful over the years.

With the retirement of Gordon Sadler in about 1950, the name of the yard was changed to Pegasus Stables, and it was taken over by Captain Robin Oates, who had spent three years with Noel Murless at Beckhampton after leaving the army. During the 12 years that he was at Pegasus, Captain Oates won many races with useful horses like Rough, Josephus and Jeanne Michelle. On Captain Oates' departure for Sussex in 1962, Maurice Moroney, who had ridden over fences after serving his apprenticeship in Ireland, had a small string in the yard for two or three seasons.

The association with Fred Archer was renewed after 82 years when Bill Watts commenced his training career at Pegasus Stables in 1968. Bill Watts is twice related to Archer, as one of his great-grandfathers, Charlie Archer, and one of his great-grandmothers Alice Pratt were brother and sister of the great jockey. Having obtained his first notable success with Our Ruby in The Oaks Trial at Lingfield in 1968, Bill Watts won the Royal Hunt Cup with Mr. Charles Engelhard’s Calpurnius in 1970, before going to Hurghill Lodge Stables at Richmond in Yorkshire at the end of that season.

Another prominent trainer of the present time, Clive Brittain, embarked upon his first season with a licence at Pegasus Stables in 1972. Two years later he won the St. James’s Palace Stakes with Aver Of at Royal Ascot and then moved across Newmarket to the Carlburg establishment until his retirement in October 2015.

Michael Jarvis, who had saddled many good winners while private trainer to Sir David Robinson, was at Pegasus for the season of 1977 and 1978. Most prestigious of the races won during those two years was the Ebor Handicap with Lady Beaverbrook’s Totowah. On leaving Pegasus, he went to Kremlin Stables where he continued training until his sad death in 2011.

After leaving Lambourn, Patrick Haslam took charge of Pegasus during the years 1979 – 1988. He trained the winners of 272 races – 259 on the flat and 13 over jumps. As was the case with Bill Watts, the most important race he won from the yard was the 1984 Royal Hunt Cup, when he sent out Hawkley to beat Teleprompter (bred next door to Pegasus Stables at Lord Derby’s Woodlands Stud).

Since 1990 James Fanshawe has sent out many Group winners as well as two Champion Hurdle Winners.

James and Jacko Fanshawe have always been immensely proud of the history and the association with Fred Archer that Pegasus Stables has. They still feel he is very much part of the yard and their son Tom born in 1997 has as his second name Frederick in recognition of arguably the greatest jockey that ever lived. James sets high standards and asks himself if the great jockey were alive now, would he want to ride the horses that currently fill boxes he built.

When James took over the lease in December 1988 the yard was very run down having been let for so many years. He was able to purchase it in 1994 and set about the task to restore it to its former glory. The main yard, which houses the colts, has its original doors, which have been stripped, complete with original brass fittings. The cheaply 1960’s built breeze block yard has been replaced with a yard built to the same specifications as Fred’s original boxes. We chose to name the new stables the Falmouth Yard after Fred's original choice of name.  The most important aspect of these is the ventilation which was as vital for a horse’s well being in the nineteenth century as it is today.

Every box at Pegasus is now in excellent condition and owners can rest assured that their horses are stabled and trained in the best possible environment.